Took a stroll down the famous 5th Ave during a reprieve from the snow during my recent NY trip. All images straight from iPhone6.

So I just happened to be in New York during the first week of February, 2015 and just escaped a major snow storm that saw thousands of cancelled flights just a week earlier. Though still bitingly cold, the perpetual light, energy and activity around Times Square was too good a siren call and I just […]

Last night in Chiangmai last year just after Christmas festive, there was a night bazaar set up at the Tapae Gate site and they have numerous street food serving up a feast both for the eyes as well as tastebuds…dig in! All images captured straight from iPhone6 camera, no post processing. Quite impressive in terms of […] 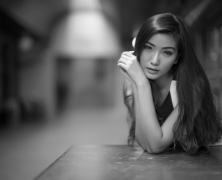 Submitted one of my images to the i-shot it photo competition and was very happy that it was selected as one of the Mark of Excellence images. What was humbling was that it was selected among a field of really stunning black and white entries some of which totally blew me away with their visual […] 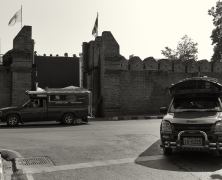 Happy 2015!!!! Have been so caught up with work in 2014 and have not gotten much time to blog about stuff. Finally got a chance to get a breather and took a short trip to Chiang Mai, Thailand over the Christmas week. It was lovely weather there being cool without overly and amazing amount of […]

We have all come across HDR images and a simple search on the Internet will bring up loads of samples. The premise of HDR – high dynamic range images are straightforward. The digital sensors used in the existing cameras have a limited dynamic range that it can capture from shadow details to highlights. Thus in […]

There is just that something  about black and white images I find that just gives a sense of timelessness and classic feel. Somehow stripped of the distraction of colors, the mind concentrates instead on the play between shadow and light that provides the perspective and shapes. When I first started dabbling in photography eons ago […] 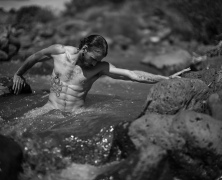 There are few lenses that evoke as much emotion as the Leica M-Noctilux f0.95. A behemoth of a lens (at least as far as Leica M lenses go) it is also the fastest in current Leica M line-up. Some will just dismiss the Noctilux as mere bragging rights and only used by wankers. I am […]